a Partner Organization of the Swiss Chemical Society 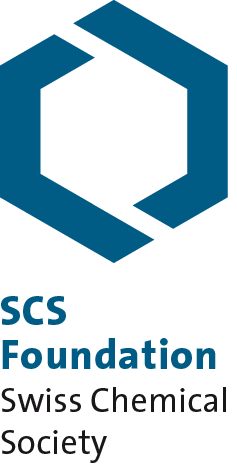 Master of Science Studies of Chemistry in Switzerland

The program supports highly talented international students who earned their BSc degree at a university outside Switzerland to perform their Master of Science (MSc) studies in Chemistry, Biochemistry or the Pharmaceutical Sciences at a Swiss University or at one of the Swiss Federal Institutes of Technology.
The stipends amount to CHF 30'000 per student per MSc study. The program is supported by the Swiss chemical and pharmaceutical industry as well as by a number of private donors.
The SCS Foundation actively supports the integration of the Alfred Werner Scholars, offering mentorships, visits at the program-supporting industrial partners ("Meet and Greet" Program; see pages for each Class) and free access to the events of the Swiss Chemical Society.

Between 2013 and 2020, 60 students from over 30 countries were granted an Alfred Werner Scholarship. Many of them continued their career in Switzerland, others went abroad again to experience more of this world. Some of the most senior scholars now work for Swiss companies (see Alfred Werner Scholar Gallery).

The scholarships are granted to nominees presented by the institutions that admitted the students to their MSc Programs; The SCS Foundation does not accept applications from individuals.The nominations are reviewed by the Alfred Werner Fund Allocation Committee. The members of the Committee are appointed by the participating companies and academic institutions.


The current members of the Committee are:

Since 2013, sixty-one students, thirty women and thirty-one men, natives from over thirty countries, were granted an Alfred Werner Scholarship. With a very few exceptions, all scholars successfully completed their studies. Many of them with distinction. A short report on their MSc thesis projects is published in CHIMIA (see pages for each Class)

A total of twenty scholars are currently enrolled in their MSc study programs. The 61 Werner Scholars were (and are being) trained at ETH Zürich (17), the University of Geneva (17), the EPFL Lausanne (11), and the Universities of Zürich (5), Basel (7), Bern (2), and Fribourg (1).

For the complete list of Alfred Werner Scholars see links below (in reverse chronological order):

Prof. Alfred Werner (1866 – 1919)
Alfred Werner, born in Mulhouse (Alsace), was a student at ETH Zurich and professor at the University of Zurich. He won the Nobel Prize in Chemistry in 1913 for proposing the octahedral configuration of transition metal complexes. Werner developed the basis for modern coordination chemistry. He was the first inorganic chemist to win a Nobel prize, and the only one prior to 1973 (awarded to E.O. Fischer and G. Wilkinson for their work on organometallic componds).
Statement of the SCS Foundation President, Dr. A. De Mesmaeker

It is my pleasure and great privilege to write few words about the remarkable achievements of the Alfred Werner Excellence Scholarship Program established in 2013.

The aim of the Alfred Werner Excellence Scholarship Program of the Swiss Chemical Society Foundation is to bring young, highly talented students of Chemistry, Biochemistry or the Pharmaceutical Sciences to Switzerland to perform their Master of Science studies at one of our universities or federal institutes of technology. To date, the program has supported 48 young scientists, 23 women and 25 men, from 30 different countries. All of them completed their studies, many of them with distinction, as this report will show.

The process of scholar nomination, selection and quality control builds on a fruitful collaboration with our academic partners, who welcome the scholars are a valuable addition to their student body. We have reached in 2021 a stage where the Alfred Werner Excellence Scholarship program gained international visibility and appreciation, attracting an increasing number of high profile candidates. The feedback of our industry partners, who either welcomed scholars for internships or offered them employment, further illustrates the quality of the program.

The SCS Foundation is actively supporting the program throughout the entire process, including the integration of the scholars by offering mentorships, visits at the industrial partners, and by providing free access to all activities of the Swiss Chemical Society.

I would like to thank our academic, industrial and private partners most warmly for their excellent collaboration. I hope that many more students will have the opportunity to study in Switzerland through the Alfred Werner Excellence Scholarship Program. This, however, is only possible with the continuous financial support of our private and industrial partners. I would like to thank them again for their support and commitment. I also invite other donors to join us to reach yet another milestone of this very successful program.

With my most sincere congratulations and thanks to all the actors of this program.

Statement of the Former Secretary of the Werner Stiftung and Member of the SCS Foundation Board, Dr. Reto Naef

The Alfred Werner Excellence Scholarship Program: How a Foundation Responded to the Changing Needs for the Support of Talented Young Scientists in Switzerland

Today, the aim of the Alfred Werner Excellence Scholarship Program is to bring talented Master students to Switzerland, and to facilitate their next career steps. It is an excellent example for partnership between industry and academia. It also shows how a foundation, created nearly 80 years ago, managed to adjust its mission to respond to the changing needs of the chemistry community.

It began in 1944, when the Schweizerische Gesellschaft für Chemische Industrie realized that almost without exception, the professors of Swiss universities and the ETH came from abroad. To inspire the Swiss students to consider an academic career, rather than to seek employment in a booming industry, the Stiftung für Stipendien auf dem Gebiet der Chemie was established1. Nobel Laureate Paul Karrer, former student of Alfred Werner’s at the University of Zürich, was its first president.

A number of distinguished Swiss chemists emerged from this stipend program, which supported post-graduate research appointments at Swiss or foreign universities.

In 1990, the foundation board, led by Ernst Schumacher, adapted the scope of the program to the changing needs. The newly established Alfred Werner Stipends supported young chemists to start an academic career as assistant professors at Swiss universities. Again, this stipend was a steppingstone for many careers. Among the Alfred Werner Fellows, you find a number of Swiss university professors[1].

Around 2010, the foundation board, based on an evaluation of the program, decided on taking the following measures:

This transformation was implemented end of 2013, with the creation of the Alfred Werner Excellence Scholarship Program as we know it today.

Looking back, the partnership between academia and industry was exemplary, and the programs developed were a success. They became role models for funding agencies, including the Swiss National Science Foundation (SNF). For a limited time-period, the SNF supported the Alfred Werner Stipends.

Given the success of the Alfred Werner Excellence Scholarship Program, I am convinced that the financial contributions of our private and industrial partners are a great and timely investment in support of our next generation scientists in Switzerland.

It is my honour to serve for such an excellent foundation, and I like to thank all people and organisations contributing to these programs.

Between 2013 and 2021, 61 students from over 30 different countries were granted an Alfred Werner Scholarship.

The Table shows the countries of origin of the Alfred Werner Scholars, the countries where they earned their BSc degree, the share of female scholars, and the Swiss universities they enrolled in for their MSc studies. 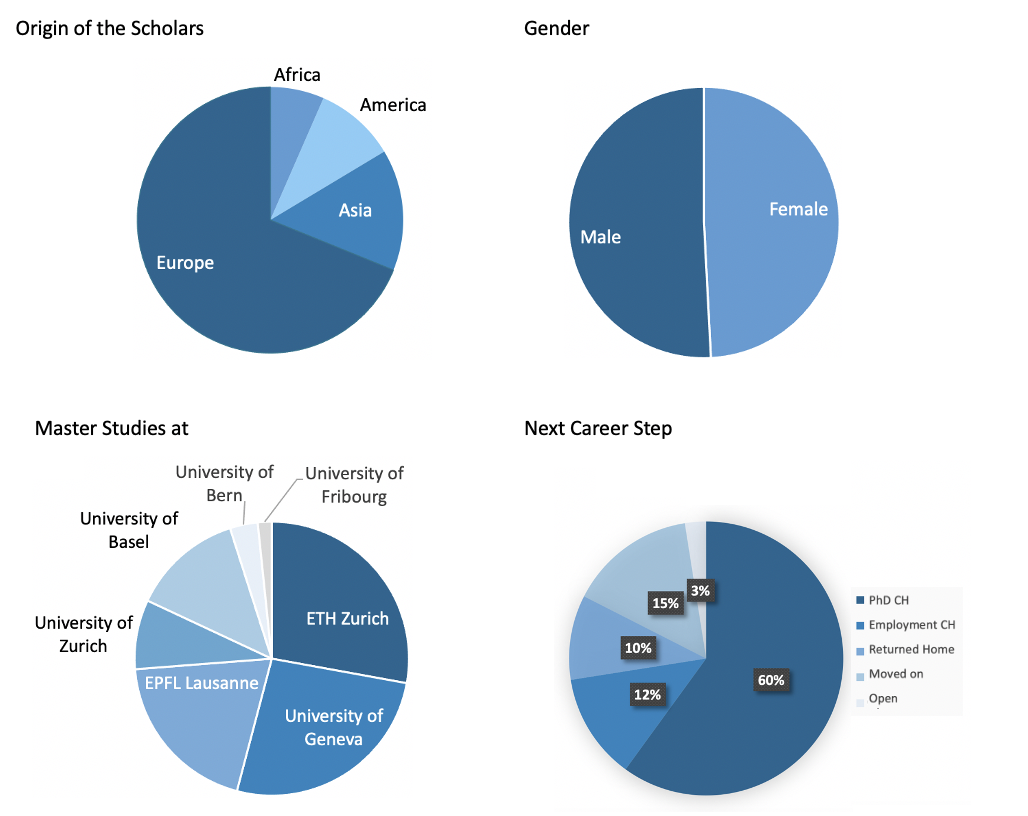